This is the second of a two-part series by Terrence Sampson. Terrence was incarcerated in 1989 at the age of 12, and is now serving the 25th year of a 30-year sentence. He has recently begun to pursue restoration through writing and Publication, and discusses his practice below. Terrence holds a Master’s degree in English Literature from the University of Houston-Clear Lake.  —bM

At the age of 17, I was sent to one of the most violent prison units in the state of Texas. 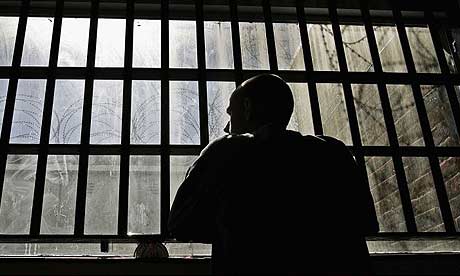 I have been incarcerated for 24 years of a 30-year sentence. Whether I receive parole two years from now or complete my entire sentence, I will step out into a society that I have not known since I was 12 years old.

Because the prison system is built on a retributive rather than rehabilitative model of justice, there are few programs to assist offenders make the transition back into society. The Safe Prisons Program and the Prison Rape Elimination Act of the 2000s helped improve living conditions for the incarcerated, but inmates often must find their own way towards personal reform and social change.

Were it not for a fortunate chain of events, I would most likely be a product of this dysfunctional prison environment—released into society only then to contribute to the 66% recidivism rate that characterizes the lack of a successful rehabilitative framework in the Texas prison system.

The pursuit of higher education while in prison was probably a lifesaver for me. I was able to attend college and earn a master’s degree because I had support from family members. But my situation represents a very small minority of prisoners. Not all inmates can take advantage of such opportunities. Most simply don’t have family or financial support.

I know many men who have sat in prison for 10, 15, and 20 years, doing nothing but going to work detail, playing games, and watching television. How does a man experience change in that type of life cycle?

What a man needs most in prison besides comprehensive behavioral therapy is the ability to make connections with people outside the prison walls. 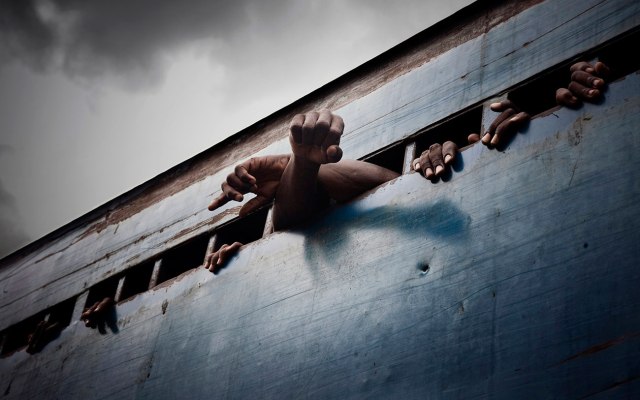 I found that I could connect with people through my love of writing. Writing became a form of escape from the daily chaos that is the prison environment. And the more I wrote, the more I saw that my writing could inspire change, even from inside prison.

I used my memoir, Chasing Redemption, to re-introduce myself to society. The only thing people knew about me was related to the crime I had committed when I was 12 years old, and I wanted to share how I had grown over the 20 plus years since then. At the time that I wrote my memoir, I couldn’t have known the positive impact the book would have on my life: Chasing Redemption was not only therapeutic for me, but it also allowed me to touch the lives of others.

In 2013, I was introduced to Joe Coyle and Mix IT Up! through a conference on higher education in prison. We began to collaborate on the writing program that he organizes at the Champaign County Juvenile Detention Center. Soon, youths and I were corresponding through poetry, creative writing, raps, and prose writing. I offer these young writers supportive commentary and encouraging words. In return, they provide feedback on drafts of my stories, poems, and prose. No one can accurately depict the feelings of incarceration unless he or she has experienced them personally. These youths and I have forged a connection through our shared struggles, the desire for change, and the power of writing. My correspondence with these young people has been among the most rewarding experiences thus far in my life.

I have experienced no greater feeling on my road to redemption than to receive constructive feedback from the young people whom I try to help get on the right track. Being able to have a positive influence on a child who is walking the same path that I once walked truly gives my life meaning. I know many other incarcerated men who would love to have the opportunity to have a positive impact on the lives of similarly at-risk young people.

It seems ironic to me that the prison system offers a bachelor’s degree in behavioral science, yet there are limited ways to share what has been learned. Would it not be more productive to allow the inmate to apply the very education that helped transform him— for example by working with at-risk youth?

None of this is possible if the prisoner remains isolated from others who share similar passions for a better society. It is essential that we continue to fight for changes in the justice system so that those who are incarcerated are able to build bridges, live the lives that they deserve, and contribute to a more humane world.

Terrence Sampson is an award-winning writer. Read his first post on the IPRH blog here. Letters to the author may be directed to the following address: